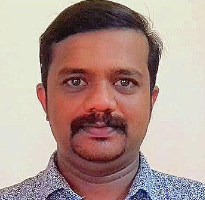 Thank You. Your Message has been Submitted

Setting out of Piling points , make sure about the points and pass with consultant , controlthe site with workers as Foreman , prepare data , Quantity and prepare StructuralDrawing

Trivandrum International Aiport ( Client Airport Authority Of India) – Setout of buildingpoints and mark the main line with alignments and took the positions side lights inLanding Track.

Excellence in AUTOCAD 2D & 3D ( College of Computers , Center for Information Technology , Kerala India ) with A+ Grade on 2007

Excellence in Microstation 2D ( College of Computers , Center for Information Technology , Kerala India ) with A+ Grade on 2007

You have exhausted the count for viewing the contact details.

You have exhausted the daily limit for viewing the contact details.

You must login to proceed.

Refer this profile to a friend.